On Friday after work, Matt found a little puppy on a major highway in Marietta. He brought her home, and she has been so much fun! She is eight weeks old, and probably a German shepherd/Beagle mix. She was very malnourished and had fleas, mites and worms.

These two pictures are from the first night. She literally didn't move because she was so weak and probably scared. 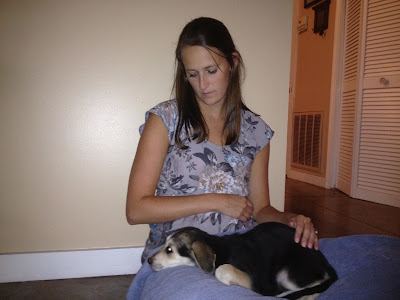 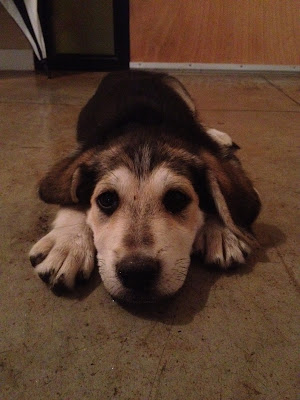 She has a lot more energy now, and is starting to chew on things. :-( 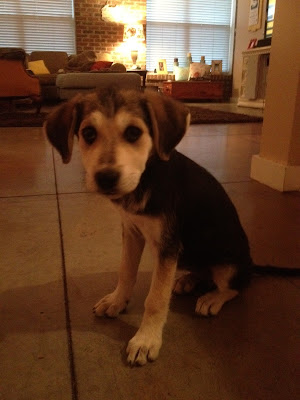 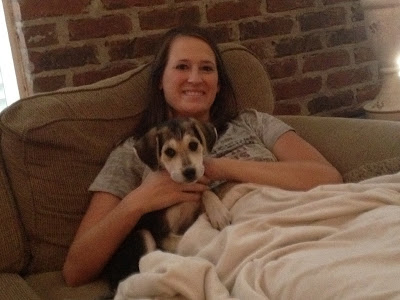 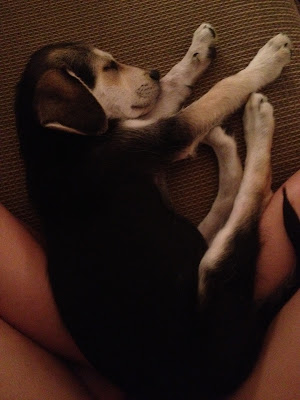 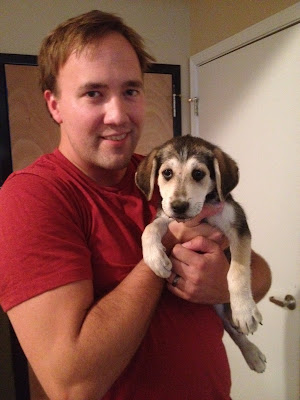 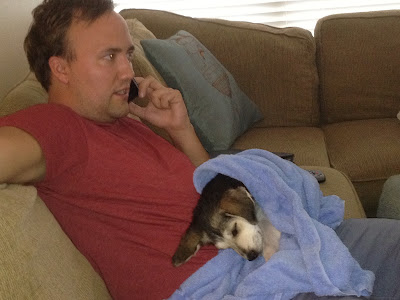 Sh hasn't had an accident in the house yet (fingers crossed) so hopefully crate training to working for her!

We argued back and forth about a name and finally decided on Maebe (said like Maybe). This is for a few reasons:

We had been wanting a dog (more me than Matt) but thought we would wait until we had a house and didn't travel as much. But God's timing is better than ours, and after my little breakdown Thursday night (I looked online for about an hour at petfinder.com and then showed Matt pictures of my favorites, asking him if we could get one sooner), I think we should probably keep her. So unless she turns into a terror of a dog in the next month, we have a new addition to our fam!

So, fellow bloggers, do you have any tips for me on training a new puppy?

Im so excited for you guys!!! Such a cute pup and name :). The biggest thing we have learned with our pup is to praise her like crazy when she pees/poops outside like we want her to rather than in the house. When she does go in the house and we see her going we will immediately take her outside so she can start to hopefully pick up on a trend :).