i married a sweetheart

Yesterday on Matt's way home from work, he pulled over on the side of the road to help a guy with one leg. The man said he lost his leg to cancer, but Matt could tell there was something wrong with him mentally too. He had a fake leg with him but said it didn't fit. He gave him a ride in the bed of his truck (safety first even though that still made me nervous) to his apartment that he was locked out of, called his friends until someone answered, and waited for his friend to come. Now seriously...how many people do you know who would do that??

The guy wanted Matt to take a picture to prove Matt
being late wasn't bc he was out with other girls. :-) 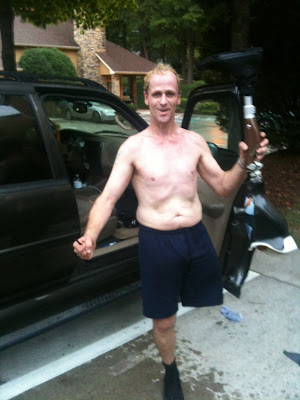 he is a sweetheart!