Last weekend in Savannah was so much fun! I kinda want to move there actually! (More on that later).


My friend Jenny is in med school at Mercer, so we hung out with a lot of her friends who were having open house parties. The parade lasted four hours, and goes by several of Savannah's grassy squares. People will literally set up camp at 6 am to get good spots to see the parade. It is basically like an all day tailgate for a football game. It was fun to see how creative people would get with their green costumes. All in all it was a blast! I would def. like to go down there for next year's celebration.


The green fountain. (No, they didn't dye the river green like I thought) 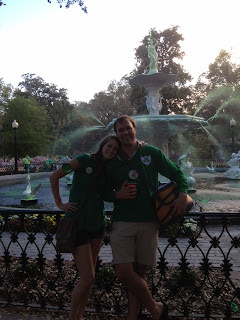 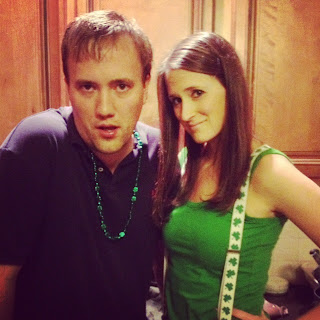 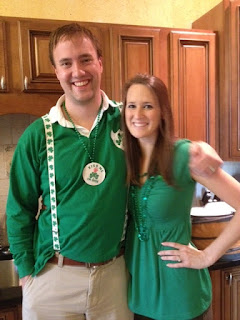 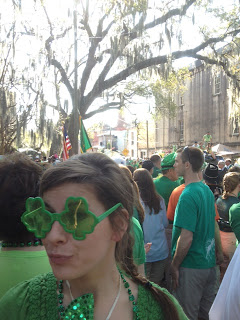 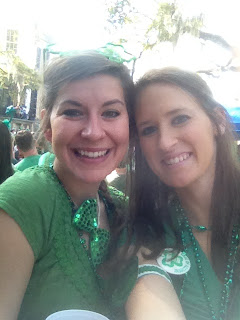 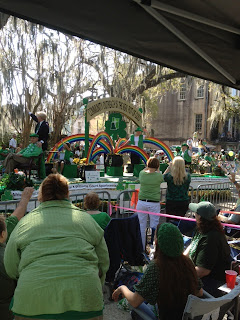 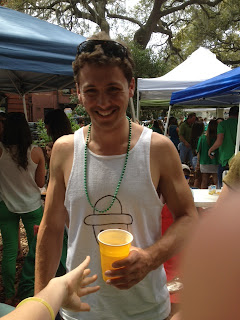 Then he let me wear his shirt inspired by this 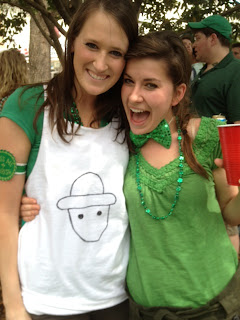 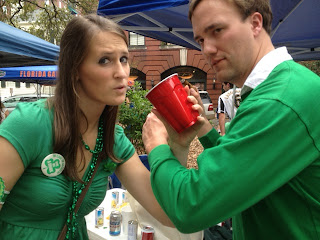 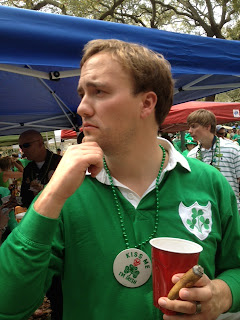