Well folks...
Off to my wedding this weekend! Tomorrow morning we are leaving for Helen, Ga, where the wedding festivities will be. I'm so excited to visit with everyone and finally see this enormous 4.5 month-long project to completion! Ahh it will be so good to just relax afterwards, and not be thinking all the wedding planning I have to get done.
Even though Matt doesn't like how his sideburns curve into his face, this is one of my favorite pics of us: 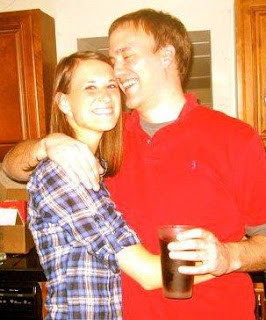 My first trip up to Matt's parent's barn (where we are getting married). It's so weird to think that the same spot where Matt took this picture two years ago is where we will be getting married: 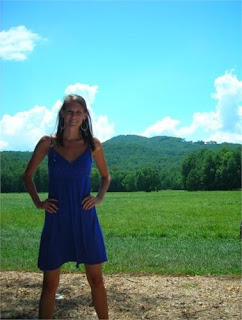 The Hay Shed, where we will dance by the river: 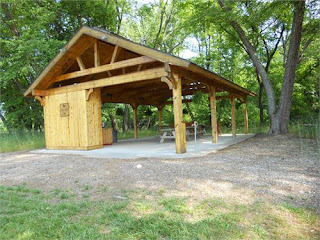 Does anyone have any advice for me for this weekend? It would be much appreciated. I just really want to enjoy it!

I love the idea of keeping uniqueness in a wedding. That's why I let my bridesmaids choose their own dresses. I gave them a fall color pallet, with nine different colors on there. I have eight bmaids, so one color was not used (surprisingly it was red).

They got to pick out their dresses based on the color they chose. I think it works well with everyone, because they might already have the color and not have to buy a dress, and also lets them add their own flair.

Here are some weddings where the girls got to pick their own dresses, and it looks great. 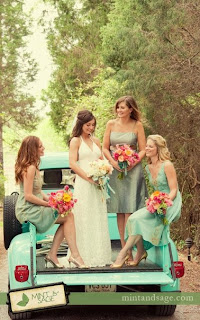 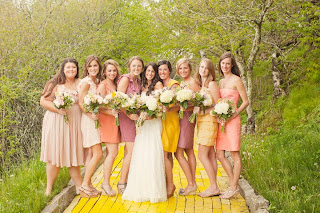 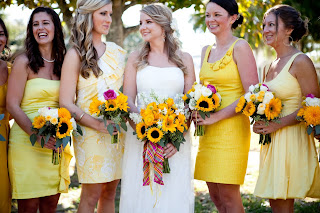 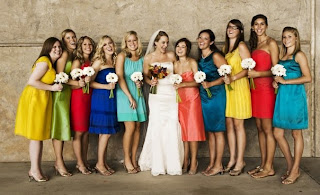 Posted by Rachael L. Anderson at 4:33 PM No comments: 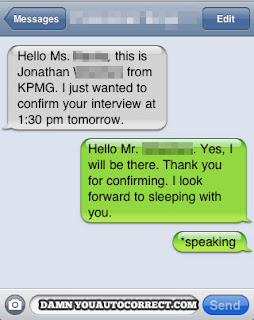 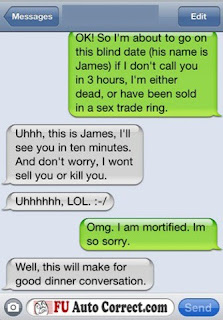 Posted by Rachael L. Anderson at 4:09 PM No comments: 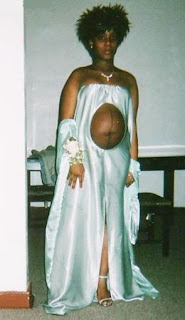 And don't worry, my dress looks nothing like this.

Posted by Rachael L. Anderson at 5:46 PM No comments:

Email ThisBlogThis!Share to TwitterShare to FacebookShare to Pinterest
Labels: our wedding

7 types of women in romcoms

This is a hilarious article in the New Yorker by Mindy Kaling (Kelly from the Office). She is spot on with this analysis about the 7 types of women in romantic comedies!

A guide to women in the movies.

A few years ago, I sat down for a meeting with some executives at a movie studio that I will call Thinkscope Visioncloud. Thinkscope Visioncloud had put out several of my favorite movies, and they wanted to see if I had any feature ideas. I was very excited. I have a great job writing for “The Office,” but, really, all television writers do is dream of one day writing movies. I’ll put it this way: At the Oscars the most famous person in the room is, like, Angelina Jolie. At the Emmys the huge exciting celebrity is Bethenny Frankel. You get what I mean. It’s snobby and grossly aspirational, but it’s true.

The junior executives’ office at Thinkscope Visioncloud was nicer than any room within a fifty-mile radius of the “Office” studio. After I finished pitching one of my ideas for a low-budget romantic comedy, I was met with silence. One of the execs sheepishly looked at the other execs. He finally said, “Yeah, but we’re really trying to focus on movies about board games. People really seem to respond to those.”

For the rest of the meeting, we talked about whether there was any potential in a movie called “Yahtzee!” I made some polite suggestions and left.

I am always surprised at what movie studios think people will want to see. I’m even more surprised at how often they are correct. Based on what I’ve learned from my time in Hollywood, the following titles are my best guess as to what may soon be coming to a theatre near you:

“Apples to Apples 4D” (The audience is pummelled with apples at the end of the movie.)

“The Cute Bear from Those Toilet-Paper Ads Movie”

Those movies all sound great to me, and, incidentally, I am prepared to write any of them, if there is interest. But what I’d really like to write is a romantic comedy. This is my favorite kind of movie. I feel almost embarrassed revealing this, because the genre has been so degraded in the past twenty years that saying you like romantic comedies is essentially an admission of mild stupidity. But that has not stopped me from enjoying them.

I like watching people fall in love onscreen so much that I can suspend my disbelief in the contrived situations that occur only in the heightened world of romantic comedies. I have come to enjoy the moment when the male lead, say, slips and falls right on top of the expensive wedding cake. I actually feel robbed when the female lead’s dress doesn’t get torn open at a baseball game while the JumboTron camera is on her. I regard romantic comedies as a subgenre of sci-fi, in which the world operates according to different rules than my regular human world. For me, there is no difference between Ripley from “Alien” and any Katherine Heigl character. They are equally implausible. They’re all participating in a similar level of fakey razzle-dazzle, and I enjoy every second of it.

It makes sense, then, that in the romantic-comedy world there are many specimens of women who—like Vulcans or Mothra—do not exist in real life. Here are some examples

The Klutz
When a beautiful actress is cast in a movie, executives rack their brains to find some kind of flaw in the character she plays that will still allow her to be palatable. She can’t be overweight or not perfect-looking, because who would pay to see that? A female who is not one hundred per cent perfect-looking in every way? You might as well film a dead squid decaying on a beach somewhere for two hours.

So they make her a Klutz.

The hundred-per-cent-perfect-looking female is perfect in every way except that she constantly bonks her head on things. She trips and falls and spills soup on her affable date (Josh Lucas. Is that his name? I know it’s two first names. Josh George? Brad Mike? Fred Tom? Yes, it’s Fred Tom). The Klutz clangs into stop signs while riding her bike and knocks over giant displays of fine china in department stores. Despite being five feet nine and weighing a hundred and ten pounds, she is basically like a drunk buffalo who has never been a part of human society. But Fred Tom loves her anyway.

The smart and funny writer Nathan Rabin coined the term Manic Pixie Dream Girl to describe this archetype after seeing Kirsten Dunst in the movie “Elizabethtown.” This girl can’t be pinned down and may or may not show up when you make concrete plans with her. She wears gauzy blouses and braids. She likes to dance in the rain and she weeps uncontrollably if she sees a sign for a missing dog or cat. She might spin a globe, place her finger on a random spot, and decide to move there. The Ethereal Weirdo appears a lot in movies, but nowhere else. If she were from real life, people would think she was a homeless woman and would cross the street to avoid her. But she is essential to the male fantasy that even if a guy is boring he deserves a woman who will find him fascinating and perk up his dreary life by forcing him to go skinny-dipping in a stranger’s pool.

I regularly work sixteen hours a day. Yet, like most people I know who are similarly busy, I’m a pleasant, pretty normal person. But that’s not how working women are depicted in movies. I’m not always barking orders into my hands-free phone device and yelling, “I have no time for this!” Often, a script calls for this uptight career woman to “relearn” how to seduce a man, and she has to do all sorts of crazy degrading crap, like eat a hot dog in a sexy way or something. And since when does holding a job necessitate that a woman pull her hair back in a severe, tight bun? Do screenwriters think that loose hair makes it hard to concentrate?

If you think about the backstory of a typical mother character in a romantic comedy, you realize this: when “Mom” was an adolescent, the very week she started to menstruate she was impregnated with a baby who would grow up to be the movie’s likable brown-haired leading man. I am fascinated by Mom’s sordid early life. I would rather see this movie than the one I bought a ticket for.

I am so brainwashed by the young-mom phenomenon that when I saw the poster for “The Proposal” I wondered for a second if the proposal in the movie was Ryan Reynolds’ suggesting that he send his mother, Sandra Bullock, to an old-age home.

Again, I am more than willing to suspend my disbelief for good set decoration alone. One pristine kitchen from a Nancy Meyers movie like “It’s Complicated” compensates for five scenes of Diane Keaton being caught half naked in a topiary. But I can’t suspend disbelief enough, for instance, if the gorgeous and skinny heroine is also a ravenous pig when it comes to food. And everyone in the movie—her parents, her friends, her boss—are all complicit in this huge lie. They constantly tell her to stop eating. And this actress, this poor skinny actress who obviously lost weight to play the likable lead character, has to say things like “Shut up, you guys! I love cheesecake! If I want to eat an entire cheesecake, I will!” If you look closely, you can see this woman’s ribs through the dress she’s wearing—that’s how skinny she is, this cheesecake-loving cow.

The Woman Who Works in an Art Gallery

How many freakin’ art galleries are out there? Are people buying visual art on a daily basis? This posh/smart/classy profession is a favorite in movies. It’s in the same realm as kindergarten teacher or children’s-book illustrator in terms of accessibility: guys don’t really get it, but it is likable and nonthreatening.

Art Gallery Woman: “Dust off the Warhol. You know, that Campbell’s Soup one in the crazy color! We have an important buyer coming into town, and this is a really big deal for my career. I have no time for this!”

The Gallery Worker character is the rare female movie archetype that has a male counterpart. Whenever you meet a handsome, charming, successful man in a romantic comedy, the heroine’s friend always says the same thing: “He’s really successful. He’s”—say it with me—“an architect!”

There are, like, nine people in the entire world who are architects, and one of them is my dad. None of them look like Patrick Dempsey. ♦

Posted by Rachael L. Anderson at 4:18 PM No comments:

This video is so stinkin' cute! It's a little girl being surprised about a trip to Disney. Start watching at 1:50 for the good stuff.

Posted by Rachael L. Anderson at 4:10 PM No comments: 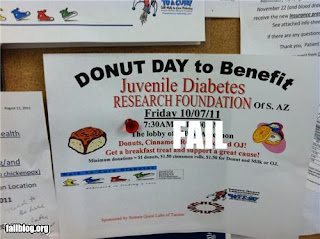 matt got a tat

Matt had his bachelor party this weekend in Destin, and suprise! Came home with this: 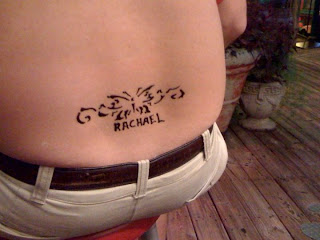 Don't worry, it's just a henna tattoo that he got at the Fudpuckers down there. And yes, it will be on there for the wedding and honeymoon.
Happy Hump Day!

Posted by Rachael L. Anderson at 3:21 PM No comments:

These are some headboards I am loving right now: 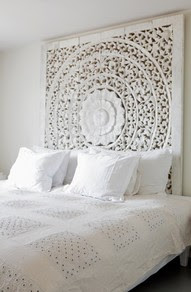 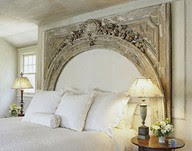 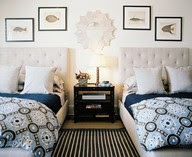 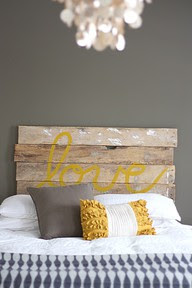 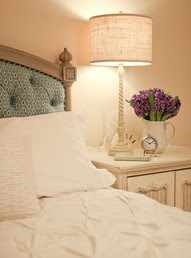 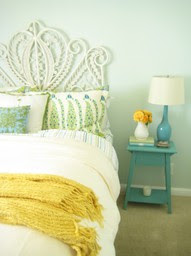 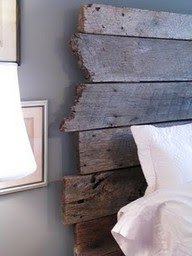 But for now, we don't have a head board, so we are using these Pottery Barn frames as ours: 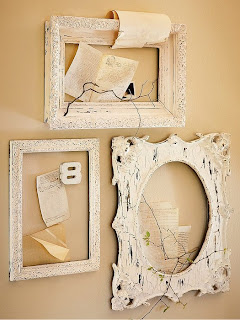 Sam Beam is so soothing! And he's from Austin, which is always a plus.

Posted by Rachael L. Anderson at 5:08 PM No comments: