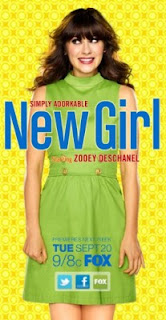 I have found a new website that I love. It's called hellogiggles.com. It is co-owned by indie sweetheart Zooey Deschanel (whose new show btdubs, New Girl, is hilarious). The website is frequently updated with fun new articles, mostly written by women, about really random things. A lot of it pertains to stuff from the 90s, which I can obviously relate to. One of my favorite writers is re-watching every episode of Dawson's Creek and gives a hilarious recap of the show. Another blogger does this with Saved By The Bell. You start to realize that television has come a long way since even the nineties. I submitted one article about FRIENDS, so I'm hoping they will pick it for the website. Even if they don't, it was still fun to write.
Hope everyone is having a great week!