I feel so blessed. I've always wanted to be surrounded by a group of believers in community, which is what I've found at my church, Stonebridge. Stonebridge is a small church located on the Marietta square, and seats about 150 people for two services. I like the size of it, makes it homey. I love our pastor David Eldridge, because he has very dry, sarcastic humor (my favorite kind) and he tells personal stories which makes me feel we're on the same page. A lot of the members know Matt from the church he grew up at, First United Methodist in Marietta, and have welcomed me so much as a somewhat "newbie."

For awhile I have been a little bitter about my career situation. I was waiting for a really great job opportunity to come through, and because of that, I decided not to go to Hawaii to be a YWAM mission builder. I had been wanting to do this for awhile, simply because I wanted an adventure, and haven't really done a ton of long term traveling (or any). I figured now would be the best time to do it, without being married or having a job at the time, and having money saved up. However, this great but potential job opportunity came up, so I said "no" to my adventure. Now you can see why I became bitter, as the job "opportunity" never turned into one.

However, I am trying to focus on the positives. If I had gone to Hawaii, I wouldn't be going on this mission trip to Costa Rica with Stonebridge, then I wouldn't have met the awesome people who are going. I wouldn't have been asked to join their soccer team either, something I've been missing for the last three years. I also really enjoy the people I work with at my current job, Motion Reality. So for now, that's what I'm holding on to.

Has there ever been something that disappointed you at the time, but worked out for the best eventually?

Posted by Rachael L. Anderson at 2:25 PM No comments:

Email ThisBlogThis!Share to TwitterShare to FacebookShare to Pinterest
Labels: venting

A friend of mine told me about this website called La Blogotheque where a French guy posts videos of Takeaway Shows, which are (mostly) indie musicians performing impromptu concerts for passersby on the streets. Here is a cool one of Phoenix's 1901.

Posted by Rachael L. Anderson at 2:44 PM No comments:

DAD: did I make a twitter?
ME: No. Tweeting and texting are different.
DAD: How about now?
ME: still texting… 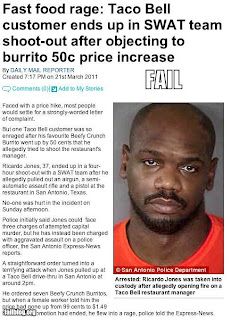 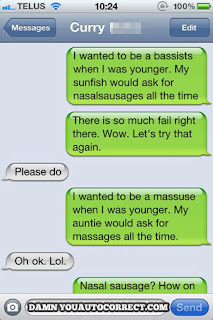 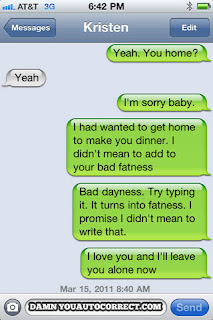 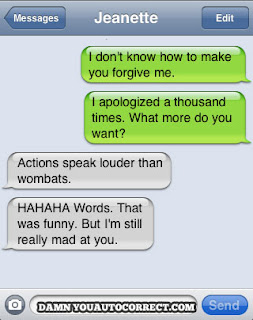 Posted by Rachael L. Anderson at 11:33 AM No comments:

wanting to be a man (sort of)

I am super sore today. I had my first indoor soccer game last night, with a team from Stonebridge (my church) I joined. About five minutes into the game, I realized I am SO OUT OF SHAPE!! You only have five seconds for throw-ins and you only have 5 people plus a goalie on your team, so it is very fast-paced, especially playing with guys. I want desperately to be as fast as guys are. That, and to have upper body strength! What guy-ish quality do you wish you had? 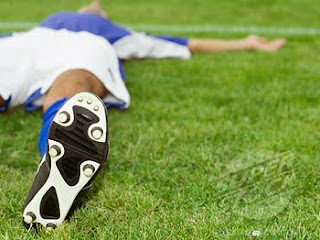 I just bought these two cute pillows. I have a pretty plain couch so I needed something to add more color to the room. 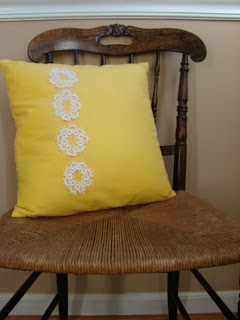 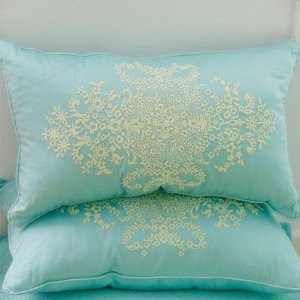 I think the yellow one could also look great on my $10 chair I got from a garage sale: 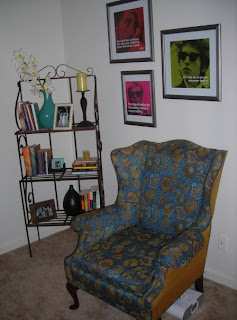 Posted by Rachael L. Anderson at 1:52 PM No comments:

Matt is loving the Black Keys right now. This is my favorite song of theirs so far (they are still new for me):

Posted by Rachael L. Anderson at 4:02 PM No comments:

Whenparentstext.com:
Mom: In order for you to continue receive financial assistance for college from your mother and I, you have to add your mother as a friend on facebook. This non-negotiable. 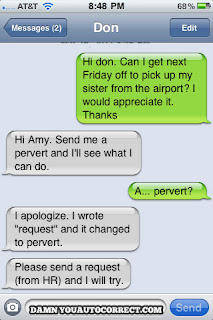 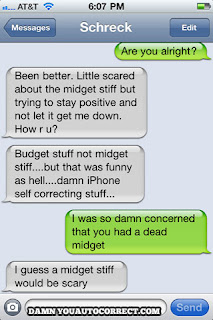 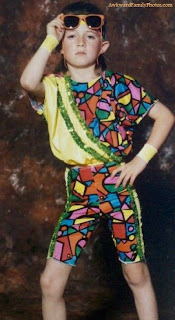 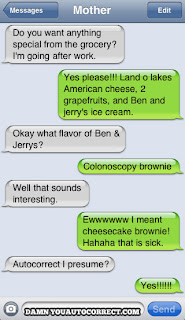 Posted by Rachael L. Anderson at 12:37 PM No comments:

Because my mom is full Irish (her maiden name is Lonergan), and my dad is half, St. Patrick's Day was always a huge deal growing up.

I feel like a lot of non-Irish people don't really know where St. Patrick's Day derived from. Basically St. Patrick brought Christianity to the country of Ireland, whose people had polytheistic beliefs. He used the shamrock to explain the Holy Trinity, the Father, Son and Holy Spirit. 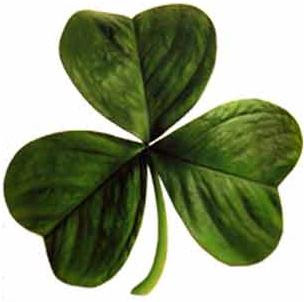 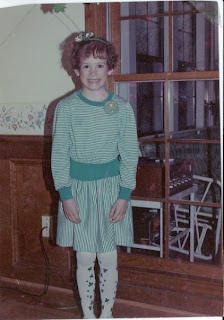 Email ThisBlogThis!Share to TwitterShare to FacebookShare to Pinterest
Labels: growing up

Hello everyone!
Hope y'all had a great weekend. I had such a fun time visiting Anna in LA. We saw a lot of stuff. Here are the highlights:

1. day trip to Santa Barbara
2. seeing the Father of the Bride House (beautiful and heavenly)
3. seeing the Dunphy and Cam and Mitchell's house on Modern Family (5 min. from Anna's in Culver City)
4. beachin' it up in Malibu (I even got a little much-needed color!)
5. going to a candy store on Manhattan beach

I will post photos on Facebook when I get my computer back. Yes, I left my Mac under my seat on the plane ride there. They told me Monday that they found it and are shipping it back to me. I was so mad at myself and had to think about it all weekend. I tried not to worry and just trust that God was in control, something I sometimes struggle with.

I was laying out on Santa Monica Beach by myself thinking about the tsunami that was supposed to happen in LA (and didn't), and obviously the one in Japan. I can't imagine losing everything within a matter of minutes. I hope other countries do their part and help out as much as they can.

Posted by Rachael L. Anderson at 1:07 PM No comments:

so excited for this weekend because...

I get to see this girl! My good friend Anna Holzman lives in LA and I am using a buddy pass to see her. She is working for Sony Studios (nbd) in the suburb Culver City. Not sure our plans yet (which is sometimes more fun), but I know we will have a great time. Anna has to work on Friday, but she is kindly letting me use her car to drive around the city. Not gonna lie, if it's nice out, you might find me at Manhattan or Muscle Beach, as I am def. in need of a tan. I haven't been out of town in a while (besides Chattanooga), so I really need this right now. I will keep you posted on celeb sightings. 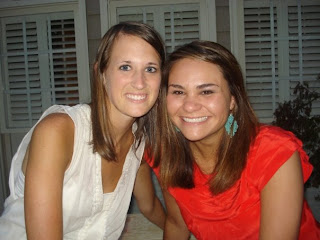 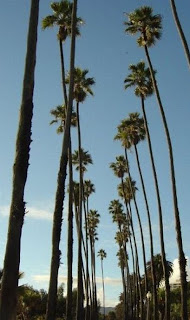 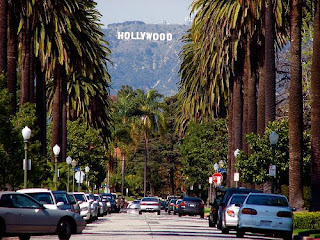 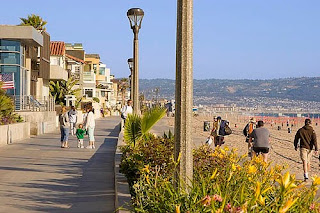 Posted by Rachael L. Anderson at 2:04 PM No comments:

So I pretty much balled my eyes out last night watching a new Lifetime show called Coming Home. It highlights surprise military homecomings, which is you read this, you will understand why they were tears of joy. Matt was hysterically laughing at me the whole time. This Zac Brown Band song I like, Highway 20 Ride, was in the commercial for it.

Posted by Rachael L. Anderson at 4:27 PM No comments: 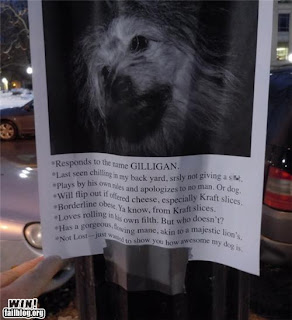 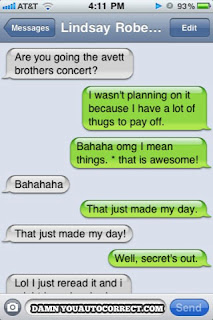 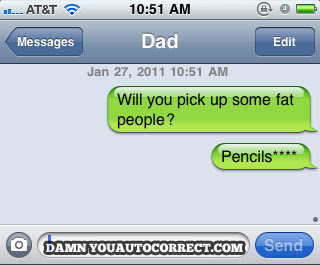 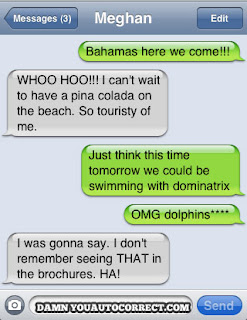 Posted by Rachael L. Anderson at 11:46 AM No comments:

I had a somewhat rough day yesterday. After dealing with some not so nice people on the phone at work, and talking to my apartment complex property manager on the phone about some "dryer" issues, I knew I needed somewhere to put my anger. I have never written a review on the internet (that I can remember), but wrote one last night. Man, did I feel better afterwards. Here is the link if you wish to read it:

Email ThisBlogThis!Share to TwitterShare to FacebookShare to Pinterest
Labels: venting

It seems Valentines Day was the theme for the Oscar dress code. Here are my favorites: 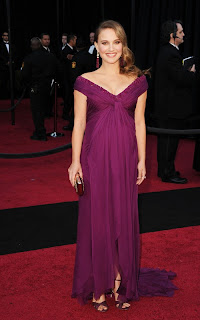 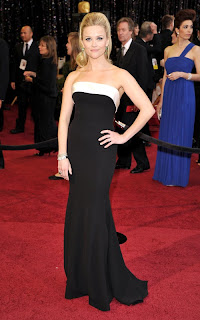 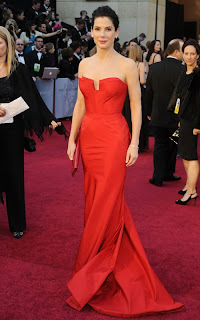 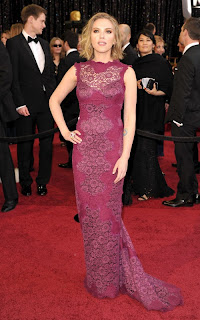 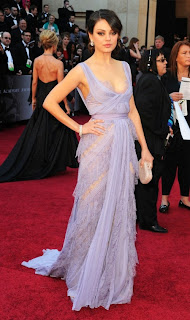 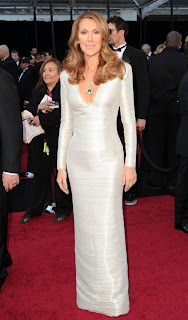 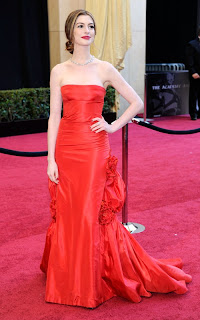 Posted by Rachael L. Anderson at 6:41 PM No comments: