I am guilty of it. Walking past the hundreds of poor people begging for money on the side of the road. My excuse? They will probably just use the money for drugs or alcohol. This article, written by my favorite speaker and the Samford UCF leader Joel Brooks, opened my eyes to what I needed to hear.

Help Even the Unrighteous Poor

My office is located in one of the poorer areas in the city of Birmingham, Alabama. Even as I am writing this, outside my window I can see two prostitutes standing across the street outside a hotel and a homeless man pushing a grocery cart full of cans. Confronted with scenes like this on a daily basis has made me think a lot about Jesus’ call to serve the least of these. What should this look like in my life? Over the years, I have far more failures than successes when it comes reaching out to these people.

It might not be easy, but our call to help the poor is a scriptural mandate that few would argue against. Deuteronomy 15:7-8 says:

If among you, one of your brothers should become poor, in any of your towns within your land that the Lord your God is giving you, you shall not harden your heart or shut your hand against your poor brother, but you shall open your hand to him and lend him sufficient for his need, whatever it may be.

This is just one of many passages in the Bible that show God’s concern for the least of these.


But any person who has actually spent time serving the poor realizes that it is not for the faint of heart. I have seen many passionate, bright-eyed Christians with a “heart for the poor” burn out in a matter of months or even weeks. This happens because the poor they serve often do not respond in the way they expect. As these generous people give of their time and money, they assume that the poor people they help will be appreciative and kind. Perhaps going into this they pictured a homeless man shedding tears of gratitude for the new coat and warm sandwich he received. Instead they receive not so much as a “thank you” or “God bless you.” Maybe they will even be criticized for the color of the coat or the sogginess of the sandwich. They quickly find out that some beggars can be choosers—and mean ones at that!

I experienced this firsthand recently when a homeless lady approached me and asked for money. I said that I’d buy her a meal instead. She loudly berated me in front of onlookers for this perceived insult until finally agreeing to let me buy the meal. As I walked in to the restaurant, she barked after me, “Combo number six with Dr. Pepper!” When I returned with her food, she got angry with me for bringing her the wrong dipping sauce. All in all, it was not a pleasant experience. I certainly didn’t leave with that “feel-good feeling” from helping the poor.

Certainly not all of the poor are like this. I have found many to be some of the most humble and gracious people I know, but there is no getting around the fact that some are just plain mean-spirited. Many are homeless and hungry as a consequence of their own evil actions. Often they will squander any aid you do give them. Many will never thank you or will even speak ill of you as you give of your time and money. So does our biblical mandate to help the poor mean that we are we to spend our lives helping out people like this? The answer is YES and without reservation. Jesus Christ calls us to help even the unrighteous poor.

There are several places in Scripture we could look to see this call, but recently I found it in an unexpected place—the story of Sodom and Gomorrah. Currently preaching through Genesis, I was surprised to find even in a story full of hellfire and brimstone God’s heart for the unrighteous poor.

Almost everyone is familiar with this story of God raining down judgment on these cities because of their wickedness. And most people assume that the sin for which Sodom was judged was sexual immorality. This is certainly how I heard this passage taught when I was younger. But the prophet Ezekiel tells us otherwise. Ezekiel 16:49 says, “This was the guilt of your sister Sodom: she and her daughters had pride, excess of food, and prosperous ease, but did not aid the poor and needy.” Sodom was judged for pride, living a life of ease, and neglecting the poor and needy—not simply for sexual sin. I don’t know about you, but suddenly this story just became a little uncomfortable for me. Instead of casting judgment on the people of Sodom, I began to identify with them.

But how does this story give us our mandate to serve the unrighteous poor? The answer is that the neglected poor of Sodom were not considered by God to be righteous. This is why they too were judged. Remember, God told Abraham that he would spare the entire city if just 10 righteous people were to be found, but there were not even 10. They were all unrighteous—rich and poor alike. The sin of Sodom was their lack of concern for the unrighteous poor, and the result of this sin was God’s judgment on both the rich and poor alike.

I have found that helping the unrighteous poor is perhaps also the best way to remind myself of the gospel by which I am saved. I did not receive mercy because I deserved it. Jesus Christ did not give his life for me because I was a good person. No, I was his enemy and full of sin when he died for me. I never did and never will earn his grace. Grace is always unmerited. So when I see how the unrighteous poor respond with bitterness to my acts of kindness, I am reminded of my own spiritual condition. Even now, I often fail to thank God for his continuous and abundant grace towards me. Thank God for the gospel by which I am being saved!

We must see our service to the poor through this gospel lens. Actually, our ability to help those who don’t deserve it is an indicator as to whether or not we have actually received the mercy and grace of God ourselves. As Jesus says in Luke 6:32-33 and 35-36:


Joel Brooks is the pastor of Redeemer Community Church in Birmingham, Alabama.

Posted by Rachael L. Anderson at 10:53 PM No comments:

Email ThisBlogThis!Share to TwitterShare to FacebookShare to Pinterest
Labels: faith

Here is a video I made for my family for Christmas. I got all of our VHS converted to DVDs, and then made this in iMovie. It has been difficult to upload it to a website, so I'm thrilled I finally did it today! Make sure to stop the music player at the bottom. Enjoy!

I interviewed and got a job today! It's just an "in the mean time" position, and I will basically be an administrative assistant for Motion Reality. The company creates and sells virtual reality programs for military training companies. They also do visualization for golf simulation programs and video games. As a bonus, they were totally cool with me looking for other jobs while working there. It is in Marietta, close to my parents, so it will be very convenient. Back to the working world! 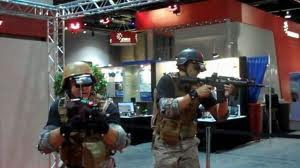 Posted by Rachael L. Anderson at 7:34 PM No comments:

I have been on a 90s kick lately, buying some top hits from back in the day off iTunes. Santa Monica by Everclear is one of them. It makes me want to be at the beach. Enjoy this song as it takes you back.

Posted by Rachael L. Anderson at 10:29 AM No comments:

I was reading an article on CNN about the Best Wikipedia Entries. This was on the list: "List of Common Misconceptions." There are tons of things on here that I always thought to be true, just because people said them my whole life. It's crazy what people will believe (myself included) when a rumor is spread. Click here to see it.

Posted by Rachael L. Anderson at 11:06 AM No comments:

Today I worked out to a Kickboxing DVD I watched. I have been so very unmotivated to work out, so I am really proud of myself for doing the 60 minute session. Because it will be cool outside until April, I am considering joining LA Fitness. It's one of the nicer gyms in ATL and has a pool, full basketball/volleyball court, and a racquetball court! :-) My apartment has a few machines (treadmill, bike and elliptical), but it's so depressing in that tiny room and I don't feel that safe in there. (Are those good enough excuses?) Matt is thinking about joining too. It is $40 a month..cheaper than what one friend pays for at Midtown Athletic Club ($120!). I would like to know who has joined a gym, and if they felt like it was worth the price. 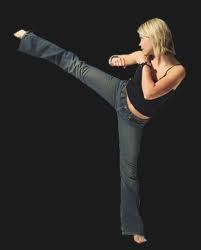 Email ThisBlogThis!Share to TwitterShare to FacebookShare to Pinterest
Labels: fitness

I love Adele's voice! You listen to her and you think she would look different, but then it's this white British chick. Here is her single, Rolling in the Deep.

Posted by Rachael L. Anderson at 10:19 PM No comments:

I am playing mixed doubles ALTA this winter. For those out of towners, ALTA is Atlanta Lawn and Tennis Association. I played my first match today with Colleen's boyfriend and we won!
Posted by Rachael L. Anderson at 9:26 PM No comments:

Email ThisBlogThis!Share to TwitterShare to FacebookShare to Pinterest
Labels: fitness

Posted by Rachael L. Anderson at 8:08 PM No comments:

I've never been to a concert where I hadn't heard of the headliner before until Matt took my to see Rodrigo y Gabriela. They are a guy/girl duo from Mexico who play classical guitar, with a heavy metal influence. So basically take the electric guitars in heavy metal and replace them with classical guitars...and that's what you get with this band. They were so fun! Here is their song, Tamacun.

Posted by Rachael L. Anderson at 5:55 PM No comments: